IT Automation Maturity Path - Where Are You?

Automation and IT is almost like the chicken and the egg. It's hard to tell which came first. But you can't argue the importance automation has played throughout human history. Automation IT services and how it has changed business through out time. The official definition of automation is quite weak. It's just making something operate automatically. I would be so bold to add that the process that is automated would operate without any human intervention. This takes automation a step further. Well what are the steps of automation? Where are we headed and how will automation shape information technology?

Automation now has a fairly long history and there are proven steps to automation within IT.  A history of automation starts well before information technology was born. Automation has certainly matured as technology has advanced.

Automation in the data center has come a long way from scripting to become Flexible Automation and in the future Hyper Automation.

Let's define them and see how they apply to data center operations.

Simple automation - is the basic automation of a process that may need human support to complete the process.

Idempotent Automation or Fixed Automation - is any function that can be executed several times without changing the final result beyond its first iteration. It can only be run once even if executed multiple times. It ensures the end state is only changed once.

Business Process Automation (BPA) -  is defined as the automation of complex business processes and functions beyond conventional data manipulation and record-keeping activities, usually through the use of advanced technologies.

Flexible Automation - is the ability for a robot or system to be quickly and easily re-tasked to change product design reducing process downtime for any production change.

Hyper Automation - Gartner defines it "as a business-driven, disciplined approach that organizations use to rapidly identify, vet and automate as many business and IT processes as possible. Hyper automation involves the orchestrated use of multiple technologies, tools or platforms, including:

So that is the automation roadmap today for any business. We can also rate or measure data center operations against an automation scale.

Using a simple 1-6 scale data center operations automation can be more easily understood. Automation for IT starts with basic documentation, understanding the complex so you can manage and operate it. Standard operating procedures are a crude form of automation. From there we start with basic scripting, be it DOS or FTP batch back in the day or pearl or ruby now. A key factor is that IT Automation becomes more complex and costly as you move up the automation maturity path. So where is your organization on this path? 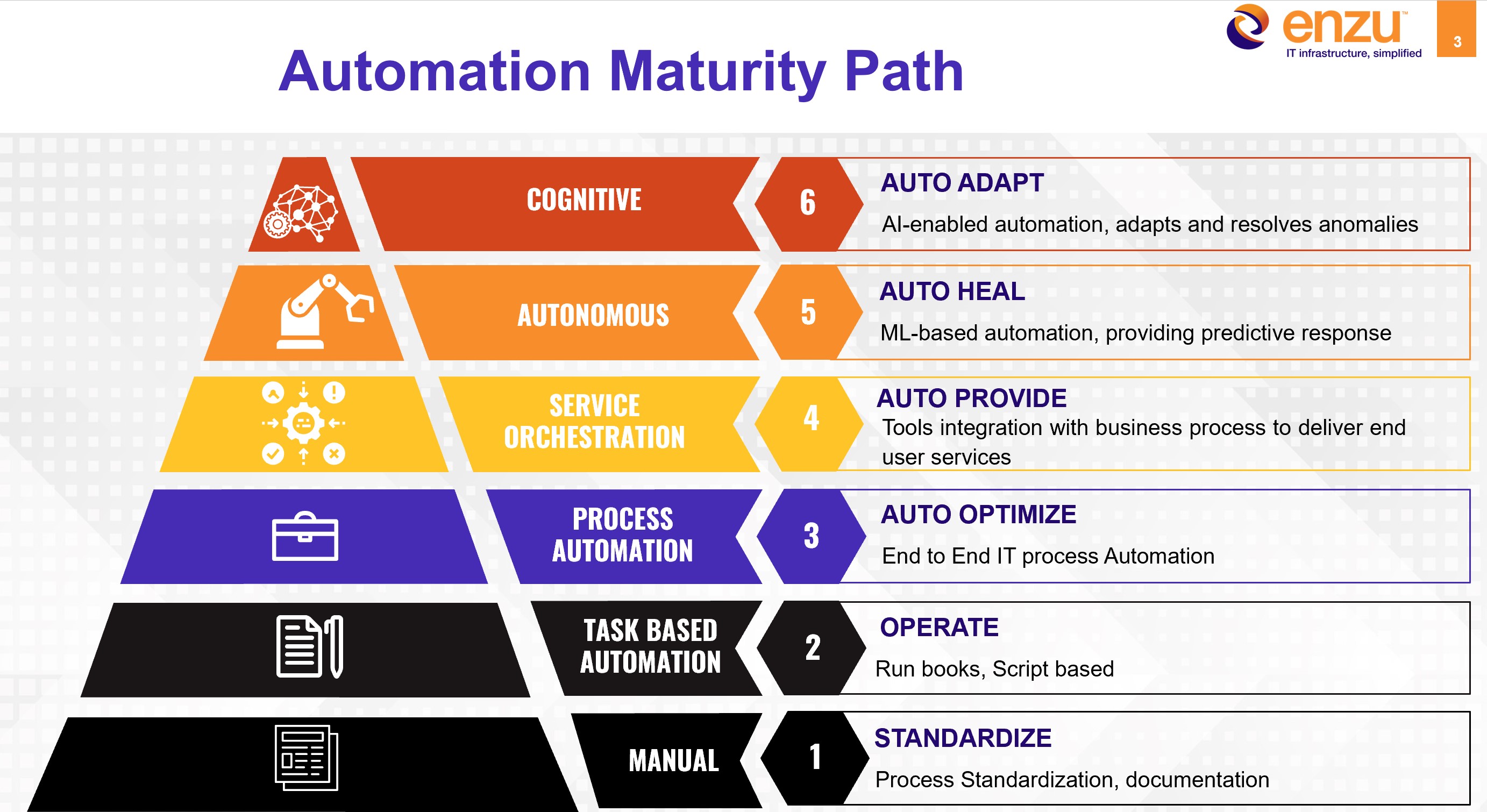 Most organizations are struggling operating and automating their IT environments. It's hard to do both at the same time. IT Leaders dream of the auto-healing data center. We are making strides but at the same time Automation is complex and time consuming. The Automation, Machine Learning and Artificial Intelligence payoff is huge, It promises to continually lower risk and provide higher quality and higher volume output. It is definitely worth the effort. It's a race right now. Those who can capitalize on Automation will beat their competition all day, all night and never take a day off.

In my next blog I will review the Automation lifecycle and how it applies to AI Ops or Artificial Intelligence IT operations.

Eric got his start in software engineering and IT leadership roles for leading financial services firms operating FinTech for State Street Bank, Fidelity Investments and Putnam Investments. In these roles Eric learned the importance of application performance on customer experience and bottom line business results. Now Eric enjoys helping other IT leaders find new ways to solve their most complex and challenging technology problems with high performing IT infrastructure services. 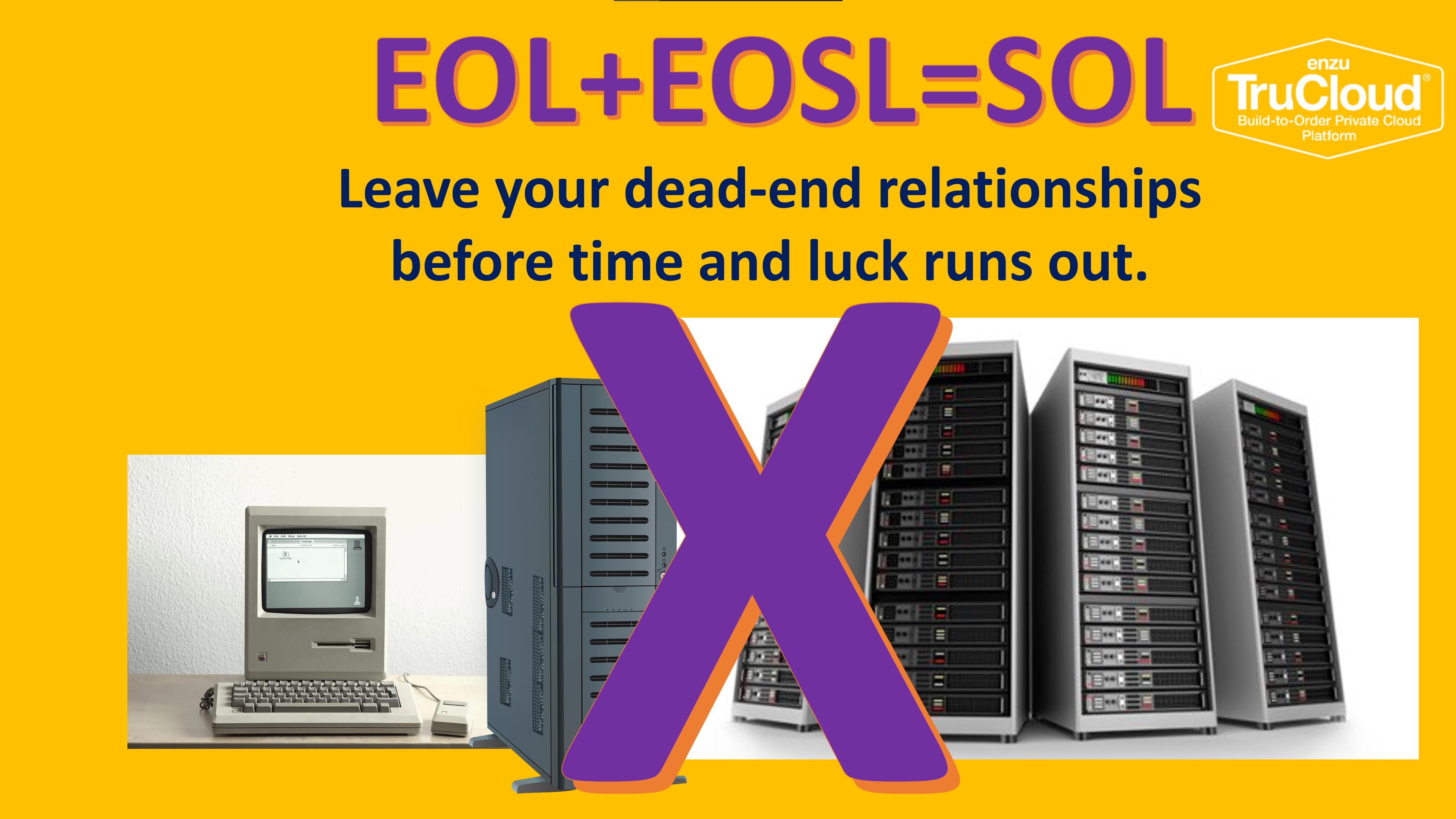 6 Reasons to Outsource Your Data Center

High Performance Is No Accident